This Kenan Institute insight explores two major challenges in North Carolina’s rapid growth during the first 15 months of the pandemic.

Post-2020 Census population estimates indicate that North Carolina grew more rapidly than the nation and 41 other states during the first 15 months of the pandemic (U.S. Census Bureau, Population Division, 2021). North Carolina was the nation’s fourth most attractive migration destination behind Florida, Texas, and Arizona, receiving an average of 253 net newcomers each day between April 1, 2020, and July 1, 2021.  Some of the newcomers arrived from California and New York, which lost on average 923 and 861 residents per day, respectively, during the first 15 months of the pandemic.

James H. Johnson, Jr. is the William Rand Kenan, Jr. Distinguished Professor of Strategy and Entrepreneurship in the Kenan-Flagler Business School and Director of the Urban Investment Strategies Center in the Frank Hawkins Kenan Institute of Private Enterprise at UNC-Chapel Hill.

Jeanne Milliken Bonds is a Professor of the Practice, Impact Investment and Sustainable Finance in the Kenan-Flagler Business School and the Department of Public Policy at UNC-Chapel Hill.

The Kenan Institute fosters mutual understanding between members of the private sector, the academic community, and their government, and to encourage cooperative efforts among these groups.

The Kenan Institute serves as a national center for scholarly research, joint exploration of issues, and course development with the principal theme of preservation, encouragement, and understanding of private enterprise.

END_OF_DOCUMENT_TOKEN_TO_BE_REPLACED 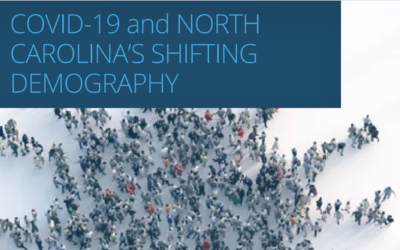